Historically, the Ohio River Valley Water Sanitation Commission (ORSANCO) only collected bacteria data in six urban areas along the Ohio River. As a result, only a small percentage (18%) of river miles was assessed for compliance with contact recreation water quality standards for the Ohio River. In 2003, however, the Commission purchased a custom-built mobile water quality laboratory to facilitate completing large-scale bacteria surveys along the entire length of the Ohio River. The mobile laboratory was set up for processing bacteria samples using the Colilert® method for total coliforms and E. coli. The Commission found the use of the mobile laboratory to be a cost-effective means of analyzing large quantities of samples within the strict six-hour hold time required for bacteria samples.

From 2003 to 2006 ORSANCO completed three longitudinal bacteria surveys covering the entire 981 miles of the Ohio River. Each survey consisted of five rounds of intensive sampling. The sampling involved conducting three-point cross-sections by boat approximately every five river miles, with additional samples collected at the mouths of 23 major tributaries and downstream of municipal wastewater treatment plants. An additional sampling crew was added to the third survey to collect samples from over 100 minor tributaries. 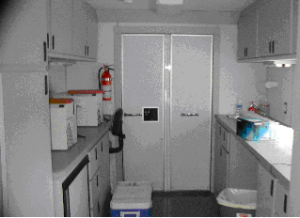 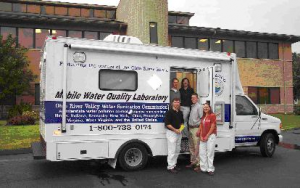 Over 14,000 samples have been analyzed to date. The data revealed that while the Ohio River typically has low levels of bacteria during low flow, dry weather conditions, elevated levels of bacteria do occur for much of the river and its tributaries in wet weather conditions. Based on the results from these surveys, slightly over half of the length of the Ohio River (about 628 miles) is now listed as impaired for contact recreational use. As a result, a bacteria Total Maximum Daily Load (TMDL) is currently under development.

While the longitudinal surveys previously conducted served to define areas of impairment along the river, current monitoring activities are still underway to generate data. A dry-weather river-wide “snapshot” survey was completed in September and October of 2007. Over the course of three weeks samples were collected at 186 locations spanning the entire length of the river. A similar survey was being conducted in 2008; however, wet-weather conditions were being targeted for that round of sampling. Additionally three land-based tributary-only sampling surveys were completed in October 2008. These surveys involved collecting samples from 129 tributaries in an effort to better quantify loading inputs to the Ohio River. 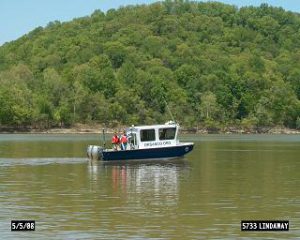 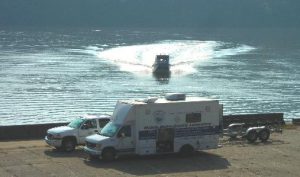 How the Testing Works

The Colilert/Quanti-Tray/2000 test is based on Defined Substrate Technology® (DST) a patented method of detecting bacteria through the effect of their constitutive enzymes on chromogenically and fluorogenically labeled, specific substrates.

Colilert detects coliforms and E. coli through the activity of the enzymes beta-D-galactosidase and beta-D-glucuronidase respectively, which are generally accepted as being primary characteristics of these organisms. Colilert contains a specific substrate for each of these enzymes.

Quanti-Tray/2000 is a 97 well, disposable vessel that holds a 100ml sample, mixed with Colilert reagent. The mixture is automatically distributed and sealed into the wells by a Quanti-Tray® Sealer in less than 20 seconds. The sealed tray is then incubated for 24 hours and the colored wells are counted.

Quanti-Tray/2000 is specifically designed for raw water and wastewater testing. The necessity for manual dilutions of heavily contaminated water samples is greatly reduced, as the tray’s maximum counting range of 1 to 2,419 colony forming units is over twenty times that of membrane filtration. 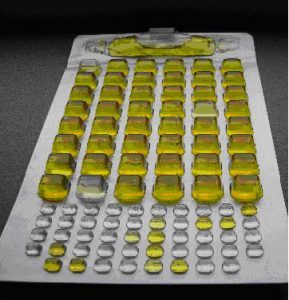 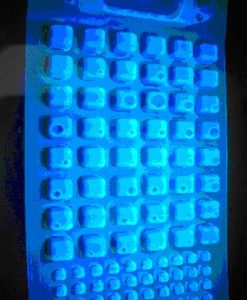 Comparison of the Colilert® method to Membrane Filtration (MF)

Two analytical methods are commonly used to quantify E. coli concentrations in surface waters: 1) membrane filtration and 2) Colilert. A comparison of the two methods was conducted to evaluate the variability among the methods. This study involved comparing paired sample results in which one sample of each pair was analyzed by ORSANCO staff using the Colilert method, and the other sample was analyzed by a contract laboratory using the membrane filtration method. A presentation of the method comparison study can be found under the data section of this page.

A graph the Ohio River E. coli results from the intensive 5-week longitudinal surveys is provided below. For the complete bacteria data set see the Monitoring Data page.